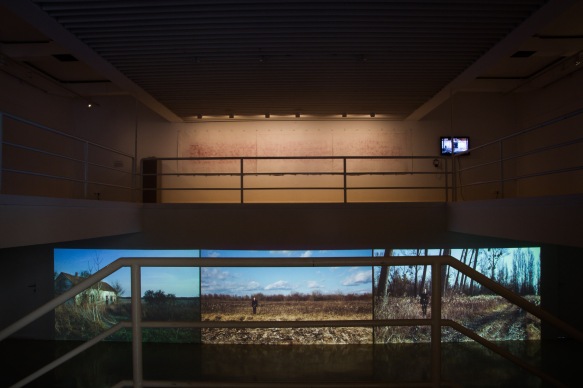 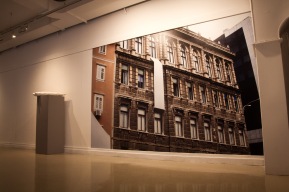 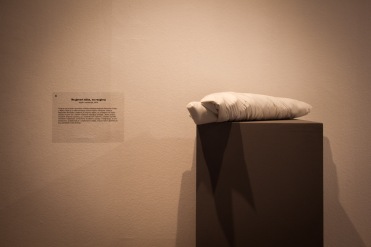 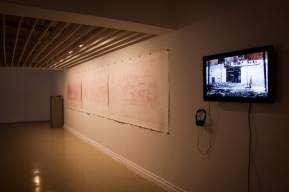 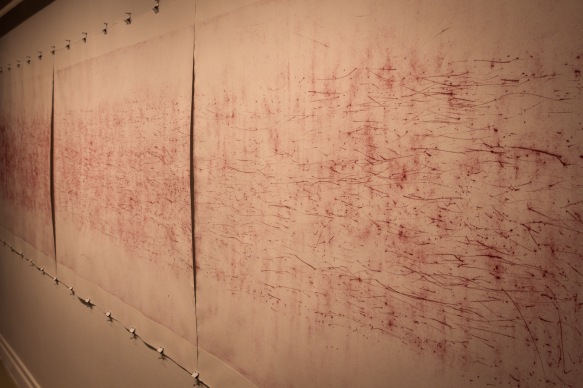 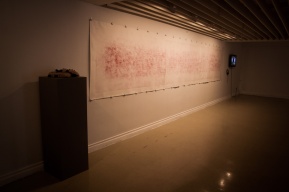 In addition to several other artists, Mario Matoković stands out amongst contemporary Croatian artists primarily due to his keenness to comment and criticize everyday politics through the language of art. Contrary to modernist heritage, which prefers sublimation and distance to topicality and engagement, Matković’s reaction to his social surrounding is almost impulsive. Since he was born and lives in Osijek, the greatest portion of his work is dedicated to the events that transpire in his hometown and Slavonija, although all the problems that plague this region – the deindustrialization and counter-urbanization of Osijek, a fall in agricultural production, depopulation etc. – can also be identified in the Croatian society as a whole. Regardless of the nature of a social issue, Matoković addresses it through the conceptual framework of solidarity and community, thus indicating its disappearance or misinterpretation. Matoković’s work also brings into focus a strained relationship between art, culture and state, which is not only idiosyncratic to Croatia, but to other Eastern European countries as well. Did art lose its social objective? What is its role in the globalization processes? Based on which criteria do we assess the value of artworks and institutions in a society whose cultural production is almost entirely dependent of state aid, etc.? The exhibition titled “In Pursuit of Good Governance” features six of Matoković’s works (created from 2011 to 2018) and, as such, is the first larger display of this artist’s work in the region of Zagreb.

If an attentive reader immerses oneself in Mario Matoković’s texts that describe his artworks and which, among other things, serve to introduce the artist on his web page, one might notice a complete lack of formal terminology and, generally speaking, an absence of metalanguage with which art attests to its social uniqueness. Instead, it is as though the vocabulary used in these texts belongs to everyday political discourse. For example, it is evident, even based on a superficial reading, that the most frequently used words are: Croatia, community, state, Kuna currency, city, factory, culture, war, identity, society, man, privatization, apathy, economy, etc.

The preoccupation with social and political issues is not just an idiosyncratic feature of Matoković’s work, but one that runs through an entire generation. Namely, Matoković belongs to a generation of young Croatian artists who entered the symbolic reality as the first “products” of a new society which offered them nothing more than “what happened after”, “what was remained” – after the destruction of war, socialism, privatization, etc. At the beginning of the 1990s, Osijek counted 26371 workers in 30 large companies (Analit, Opeka, Mio Standard, Svilana, Kožara, Šibicara, OLT, Mobilia, Croatia, Lio, Saponia, Kandit…). In 2011, Osijek counted 4606 workers, a great majority of which work in the only two companies that have survived the privatization – Saponia and Kandit. All of this is reflected in the number of inhabitants of Osijek, which has found itself in a continuous decline in the last ten years or so. – Matoković writes in his artist’s statement about the work “To all of these people who destroyed my city”.

In the context of recent debates on the causes of mass exodus from Croatia, it would perhaps be prudent to reflect on the famous Aristotle’s statement that man is a political animal. A man does not aim merely to survive, as Aristotle states in “Politics”, to blindly pursue sustenance, as animals do, but rather to live a good life, life of happiness and moral virtue. However, such a life is only possible if one actively participates in a political community. Therefore, not to partake in a political life with other citizens would mean not to exercise the highest rational and moral faculties that a man possesses. A political association, according to Aristotle, does not exist so that people can live a safe and materially comfortable life. Aristotle is unyielding in his message that to live a life worthy of a human being means to be engaged in the political life of one’s community, which is the highest order of virtue a man can attain.

It is unquestionable that our political community has not provided even the basic conditions of survival, or an opportunity to lead a life of happiness and moral virtue to a majority of its citizens. With that in mind, we should approach the contemporary socially critical art. What does socially critical art actually attempt to achieve? It seems to me that its role, similar to political philosophy, is not just to attack “self-evident” issues, point out the lies and social injustices, but to deepen the understanding of the world that surrounds us. Contrary to political philosophy, it is not necessary for socially critical art to provide ideas and procedures that outline how to deal with a certain issue; it is, however, pertinent that it stirs public opinion and beckons the citizens to partake in a political community. In that regard, it is a constituent part of a liberal-democratic society, a check to power, on par with freedom of the press, judicial independence, human rights, etc.

It might sound paradoxical, but perhaps the most effective description of socially critical art was provided by a once-member of the power structure, J.F. Kennedy, in his speech held at the Amherst College in the US, in 1963: The men who create power make an indispensable contribution to the Nation’s greatness, but the men who question power make a contribution just as indispensable (…).If sometimes our great artists have been the most critical of our society, it is because their sensitivity and their concern for justice, which must motivate any true artist, makes him aware that our Nation falls short of its highest potential. I see little of more importance to the future of our country and our civilization than full recognition of the place of the artist. If art is to nourish the roots of our culture, society must set the artist free to follow his vision wherever it takes him.

Meanwhile, aware that political questions are inextricably linked to ethical ones and more important than aesthetics, artists have become even more critical. The awareness that political issues dominate over aesthetic ones, as well as the need to provide an almost instant response to injustice, i.e. to take part in a political community, seem to me as the most interesting aspects of Matoković’s artwork. Therefore, we should quote the artist once again, not only because the description of his teenage impressions is conducive to the viewer and interpreter, but also because that impression represents the experience of an entire generation: The triptych titled 8.9.10.2000. represents a visualization of a personal story, i.e. an occurrence which has, from today’s point of view, left a strong and lasting impression on me as an individual, and especially later, as an artist. In those days, twenty kunas have been continuously mentioned at home, as if we were talking about a sacred object, and I myself had not been aware of the importance of it all. The persistence and perseverance of the people closest to me to survive those three months on twenty kunas a day, has compelled me to create this work today, sixteen years later, and conclude the story through which most of my works are reflected. The work is, at the same time, dedicated to my father and mother who, regardless of all adversity, have withstood all the hardships served to them by an unscrupulous system.